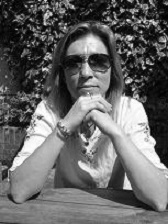 PHANTAST: Hello, Francis! This current issue of our magazine is all about cyberpunk - what do you associate with this genre?

Francis Knight: I think what I associate most is the use of tech (of whatever kind) and how it’s impacted the usually dystopian society in adverse ways.  In terms of tone it’s often reminiscent of film noir and detective fiction. Main characters tend to be loners or outsiders in some way.  Sort of Raymond Chandler meets near future SF.

PHANTAST: Which cyberpunk novels / authors have you read so far? And which was the best?

Francis Knight: William Gibson, Phillip K Dick, Richard K Morgan and Charlie Stross spring to mind – I read all genres so tend not to concentrate on just one. Phillip K Dick is my favourite. I love the way he deals with how X invention or trend would change society, especially how it seems to be good and then unravels.

PHANTAST: The first chapters of “Fade to Black” read much like cyberpunk, whereas later on, the story sounds more like dirty dark fantasy. Could you perhaps sketch briefly what the readers will be in for?

Francis Knight: It does have elements of cyberpunk – the tone and main character fit. It also has tech, but the difference is the tech was driven by a poorly understood magic, or at least was until magic was banned – magic drove carriages and lit houses etc. However when Synth was invented, they no longer needed mages, as this synthetic version could power everything. Sadly, as with many inventions, there were unintended consequences! They’ve come up with an emergency solution but it’s not ideal. They are trying to move away from magic powering the items of their every day world, and are researching heavily to that effect – guns have recently been invented and a couple of the really good alchemists are close to a breakthrough with electricity –  but then the book begins and it seems they might need magic more than they thought…
I think I’d say it was a kind of noirish fantasy-cyberpunk

PHANTAST: What kind of guy is your protagonist Rojan? At the beginning, he comes across as rather selfish and depressive ...

Francis Knight: That’s a very on the nose description! To start with he doesn’t see the value in much (including himself) and is extremely cynical about the society he lives in. However he grows throughout the series and starts to learn the value of other people and himself. It doesn’t stop him being cynical though! I think the part of Rojan I like best is that outside he’s all rough edges, but inside he’s quite different. He just a guy trying to make sense of the messed up world he’s living in, and not having a lot of luck at it. 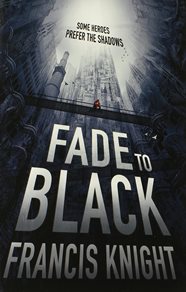 PHANTAST: Which character in your Rojan Dizon novels do you like best? And what do your readers say?

Francis Knight: While Rojan is someone I think it would be fun to swap wisecracks with, my favourite (and the favourite according to most of the emails I’ve had) is Pasha. He’s not above giving a wisecrack of his own, but he’s softhearted and is almost the conscience that Rojan originally lacks.  Pasha is quite heavily emotionally scarred, but is dealing with it as best he can.

While Rojan’s experiences have led to him rejecting the ruling religion, Pasha has found comfort in a passionate belief in it, although where he is from the Goddess is worshipped very differently. He looks at Rojan and sees the bitter man he could have become, but has worked hard not to become that man.  He’s a very moral person for the most part, and Rojan is rather jealous of him.

PHANTAST: How is the society of “Fade to Black” structured? And what standing do the magicians enjoy in it?

Francis Knight: At the start of the books, magicians have no standing at all – they’re outlawed, so Rojan is very circumspect about using magic (quite apart from the fact it hurts and he’s a coward about pain). Mages ruled many years previously but they were rather oppressive so there was a coup and the priests took over. Unfortunately they’ve turned out to be just as oppressive.  As the city is vertical in nature things are best at the top. Where you get to see sunshine on a regular basis. This is where all the bishops and cardinals live. Underneath there are strata – the worse off you are, the closer you are to the bottom, and the deadly Synth-tox.

PHANTAST: In “Fade to Black”, magic is carried out through pain. How does that work? And are there other forms of magic?

Francis Knight: Well, for me any magic has to have some power source, either internal or external. I was playing with some ideas of magic having power in the same way as electricity has – under certain conditions, it flows once generated, in fact it will arc given the chance. Pain is the internal turbine that gets it going. There are other, weaker forms of magic but they’re pretty rare. So a mage can work magic through pain, but it doesn’t need to be theirs. Which can obviously lead to some abuse… Rojan only uses his own pain, but he’s actually afraid of his magic and not only because it hurts. If used too often the mage can fall in the Black – and then he’s lost. The history of the city is littered with examples of mages who went completely crazy.

PHANTAST: On what did you model the urban juggernaut Mahala? How is the city structured? 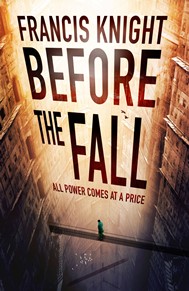 Francis Knight: I’d say there were 2 inspirations for Mahala – Dredd’s Mega City One, and the city in “Blade Runner”. The first for the size and how things have grown up as well as out, and the second for the atmosphere. The city was initially a small castle in a steep mountain valley that served as a pass between two big nations. The only way for them to trade was through Mahala and it steadily grew, but with no room to the sides it grew up to fill the valley to the brim and further. So layers upon layers of buildings, with the best and most rarified buildings up out in the open air.

PHANTAST: What is there outside Mahala? Will you go into that in volumes two or three?

Francis Knight: The theocracy that rules Mahala likes to tell everyone there isn’t anything outside (in case people decide they might like to try it), though it’s logical there must be or who are they trading with? But as Rojan says, it’s possible to believe two contradictory things as the same time, like believing in sunshine and rain. There’s certainly no way to get outside, at least at the start of the books. You’ll meet several outsiders as the books go on, as the theocracy can’t keep up the pretense.

PHANTAST: You mentioned “Blade Runner” as inspiration. What did you like about the story? What do you prefer: Phil K. Dicks novel or Ridley Scotts film?

Francis Knight: “Blade Runner” is one of my all time favourite films, but I’m not sure I could put my finger on exactly why. The dark style perhaps? That the whole society is evoked with little details here and there that add up to a vibrant, very real, world. How it deals with (and plays with) notions of what make us human. How it sets up these vicious killers…and then makes us (me anyway) feel sorry for them. It is a masterpiece of storytelling.

"Do Androids Dream of Electric Sheep?" is very different, even while very similar. It deals with the same themes, just in a different manner, and ads to them too in the religious movement of Mercerism, exploring the notion that one man’s suffering can unite the world in empathy.

I couldn’t choose between the two – I like them both for their differences as well as their similarities.

PHANTAST: Can you imagine the Rojan Dizon novels as a film adaption? Which actor would you like to see as Rojan?

Francis Knight: Oh I wish! I could absolutely see it. I am a very visual writer, that is, the story plays out like a film in my head as I write so I’m halfway there already.  As for actors – all the ones who I think would have been perfect are a bit too old now. It’s actually quite hard because I have such a specific picture in my head – I’d leave that up to the director! But I could live with Pedro Pascal (Oberyn Martell in Game of Thrones)

PHANTAST: Have you had feedback from Germany - from fans or your German publisher? 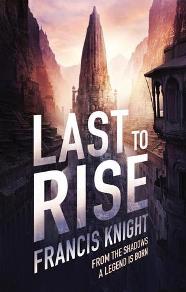 Francis Knight: I have! It’s been very positive. I especially liked the message from the translator who said they’d done the last pages of book 3 in a marathon because they had to know how it ended!

PHANTAST: Last but not least, one of the most important questions: When and why did you take up writing fiction? And what was your first story about?

Francis Knight: I have always made up little stories in my head, I was just unaware anyone would actually pay me to read them. Then I was struck down by ME (myalgic encephalomyelitis, which makes you chronically tired) for several years. I pretty much could not do anything physical and was virtually housebound. I’d always run the campaigns when we played tabletop RPGs, so as a defence against the awfulness of daytime TV I took to writing a story in more detail. And thus my first book was born. A long lost magician who had been banished is accidentally recalled by a young woman with mysterious parentage. It was...not the most original concept ever, but I was hooked on writing and have never stopped since.  I did get a small publisher for it. It even won a tiny award!

PHANTAST: Thank you very much indeed for the interview, Francis!

This interview was done by Judith Madera for Literatopia. All rights reserved. 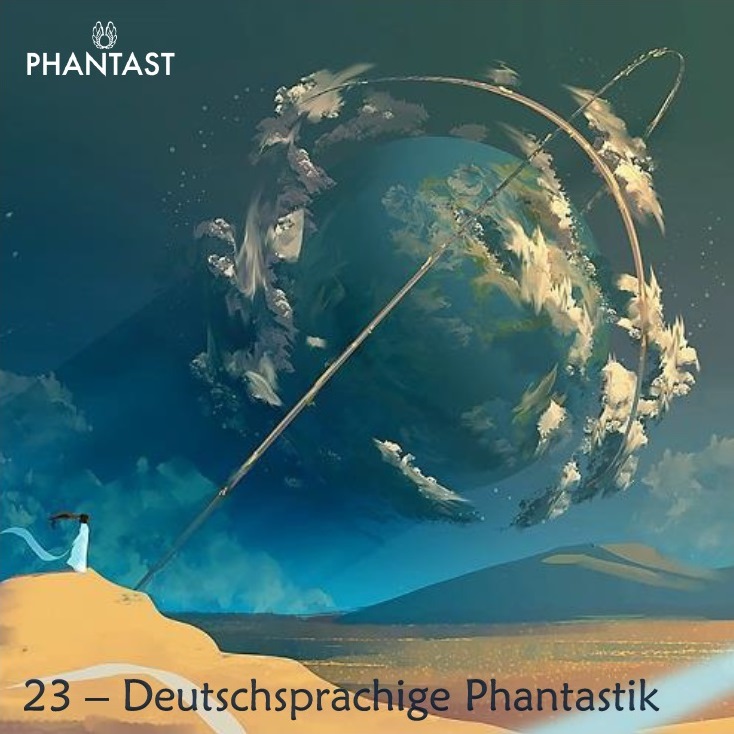