Literatopia: Hi Tad! Thank you for taking the time to answer a few questions.How would you introduce yourself if you were completely unknown?

Tad Williams: I’m a storyteller.  Almost everything I do is related to that somehow.  I think I’m pretty good at it.

Literatopia: What are some of the projects you are working on at the moment? What can we expect from you in the near (and not so near) future?

Tad Williams: My wife Deborah Beale and I are publishing our first all-ages book, THE DRAGONS OF ORDINARY FARM next year.  I’m excited about that.  I’m finishing the last SHADOWMARCH book, called SHADOWRISE.  I’m publishing a bunch of short stories in several anthologies over the next year.  And I have various other interesting projects I can’t talk about yet – more news soon!

Literatopia: What inspired you to write Shadow March?

Tad Williams: I wanted to do something a little different in epic fantasy, and I was particularly interested in the way families and family histories live on for generations.  In the SHADOWMARCH world this is also entwined with the bigger stories – folktales and religious myths.  I guess I’m most interested in how we tell stories to our children and ourselves about who we are.

Literatopia: ‘Otherland’ was your greatest success so far – do you worry sometimes that every other novel you will ever write will end up being compared to it, no matter how different – is that already the case? Do you sometimes read ‘Tad William’s new book is good, but not as good as Otherland’?

Tad Williams: Actually, in America and the UK more people probably know the MEMORY, SORROW, AND THORN books – THE DRAGONBONE CHAIR and so on.  I’m always writing the story that fascinates me at the moment, so I don’t spend too much time worrying about whether it’s going to be as popular as something I’ve already written.  I’m writing what I have to write at any given time.  Making it as good a story as I can is about all I can manage.

Literatopia: Having written a story of almost 4000 pages, you must have felt a certain degree of attachment to it? How much of your heart and soul went into it? How fond did you grow of to the characters?

Tad Williams: I am very fond of my characters, but unlike some writers of long, long books, I know pretty much how things are going to end at the beginning of my work, so I’m already looking at it as a complete story.  It makes it easier to let go of characters when you’ve always known the rough shape of what’s going to happen.  Also, there are always new characters and new stories pressing for my attention…

Literatopia: Did you ever seriously consider giving up while writing ‘Otherland’ or ‘Shadowmarch’? Were there ever moments when you simply could not stand your own story anymore?

Tad Williams: There are always moments in any long project where it’s simply work – but that’s true for shorter stories as well, it just lasts longer or happens more often with the big ones.  But that’s the difference between being a professional writer or an amateur: I know these days will come and I try to find ways to get myself excited again.  Or, if I’m in a really bad stretch, I go work on something else until inspiration is running high once more.

Literatopia: Have you ever been at a point where you thought about completely giving up writing? If so, why and what for?

Tad Williams: Writing is not my be-all and end-all.  I just like to make things and tell stories.  So since I know I could happily play music, or paint, or direct plays, I don’t feel trapped.  Still, writing is the best and easiest way for me to express myself, and I have a reputation in publishing so I can make money at it, which tends to keep me focused at this point in life, with kids and pets and a house to support and so on.  But I’ve never actually thought about quitting writing.  It might be nice to take a year off sometime and just paint or play music, but I can’t imagine giving it up entirely.

Literatopia: Otherland is often described as a blend of fantasy, science fiction and ‘Alice in Wonderland’. Additionally, traces of ‘The Wizard of Oz’ and ‘War of the Worlds’ can be found in the novel. What do these three books mean to you? Have they influenced your literary development?

Tad Williams: OTHERLAND was an omnibus story for me – a chance to explore other stories I’ve loved, or which had caught my imagination somehow.  Most of the work of other people I referenced in those books were well-known standards, which (although I read them) were not necessarily the biggest influence on my own work.  I picked them mostly because the changes would thus be recognizable and entertaining or horrifying to readers.

Tad Williams: I don’t remember most of my dreams, perhaps because I use my subconscious so much in my work, or perhaps just because I sleep like a big rock.  Don’t know.  Every now and then an image from a dream will make it into one of my books, but that’s the exception rather than the rule, and unlike some writers, I don’t “interact” with my characters.  They’re alive to me, but not so alive I can have conversations with them!

Literatopia: Which one of your novels do you personally consider the best one? Why? And which one was most fun to write?

Tad Williams: I suspect that in the long run OTHERLAND will be thought of as my signature piece, but it’s almost impossible to pick a “best”.  WAR OF THE FLOWERS was perhaps the most fun, at least in places, because it was (comparatively) short and I was able to let my sense of humor come through.  But I fall in love with every story when I’m writing it, so trying to pick a favorite is like picking a favorite child.  They’re all my babies.

Literatopia: A few years ago I was in a book store, looking for a present for a friend. I first noticed ‘War of Flowers’ because of its beautiful cover (and ended up buying it, after I had read what it was about). Do you know the German covers of your novels? How do you like them? Do you have any influence on the design of your covers in general?

Tad Williams: I have as much influence as I choose to wield, and generally I’m very happy with the covers of my novels.  I try to stay out of the process unless I see what I think is a serious mistake, and that doesn’t happen very often.  I’ve been very happy with the more mainstream look of the German editions.  It’s probably one reason I get treated more like a serious writer in the German market.

Literatopia: Your books have been translated into many languages. Do you know some – or even all – of the translators? How important do you think they are for the success of your novels?

Tad Williams: I know a few of my translators – I am good friends with at least one of my German translators – and am trying to meet as many of them as I can.  Obviously, the translation is critical.  I think I’ve generally been pretty lucky.

Tad Williams: As mentioned, OTHERLAND is much bigger, at least as a cultural phenomenon, in the German speaking countries than in English (although those books are gaining significance in the English market as time goes on.)  That’s in large part due to my change in German publishers to Klett-Cotta, who made me a mainstream writer because of their own reputation as serious publishers.  Yes, I keep track of sales figures, and am trying to be more involved with my overseas publishing in lots of ways.

Literatopia: Are some of your characters modeled on real people you know? Do you sometimes incorporate character traits etc. of family and friends?

Tad Williams: Only occasionally, and usually for a specific reason.  One of my friends is a model for (the much older) Blue Dog Anchorite character in OTHERLAND, and I also put in two people who won a charity auction to be tortured to death in one of my novels.  But generally I avoid real people because I think it limits my creativity.

Literatopia: If you could choose to be one of your characters for one day, which one would you choose to be? Why?

Tad Williams: One of the characters who lives in a world with working plumbing, so perhaps someone from OTHERLAND or WAR OF THE FLOWERS.  I don’t romanticize pre-industrial civilizations, and I wouldn’t like to be old and toothless at age forty.  I suppose it would be fun to see real magic, though…

Literatopia: What was your first piece of creative writing? A poem, maybe, or a story? Have you kept it somewhere?

Tad Williams: I wrote long stories back in school – I remember specifically one “folktale” assignment when I was thirteen that was supposed to be three pages and I wound up writing a seventeen-page sword-and-sorcery epic with illustrations, etc.  My first attempt at professional writing was probably a screenplay that I wrote and still have buried in a drawer, a science fiction thing called “The Sad Machines”.  The main character was sort of a precursor for Simon in the MS&T books.

Tad Williams: I didn’t really go to college long enough to try to learn to be a writer – I’ve mostly done it on my own – so I’m not the best person to answer that question.  I do think a lot of benefit can come from having a good writing teacher, but not much benefit at all will come from trying to write a “bestseller” instead of just trying to write the best book you can, a book that you would enjoy reading yourself.

Literatopia: You did not go on to college after high school. Looking back, do you still think it was the right decision?

Literatopia: Are there any interview questions you are getting tired of being asked? Are there any you have been waiting to hear for years but have never beend asked so far? If so, which? And would you answer them for us here, too?

Tad Williams: You know, I’ve never ever had an answer for “what question would you like to be asked?”  To be honest, I’m pretty bored with myself so I never feel a strong urge to reveal even more exciting details.  It’s not that I don’t think people might be interested; it’s just that I’m not very interested in me.  I have to live with me every day and I’m not very inspired by talking about myself.  I don’t think I’m a boring person, it’s just that I’ve heard most of what I’ve got to say and am in no great hurry to hear more.  I’d rather make things, or meet other people and hear what they’ve got to say.  Life is short and full of adventures and surprises, and Tad talks too much. 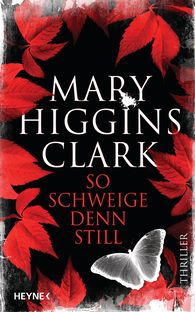 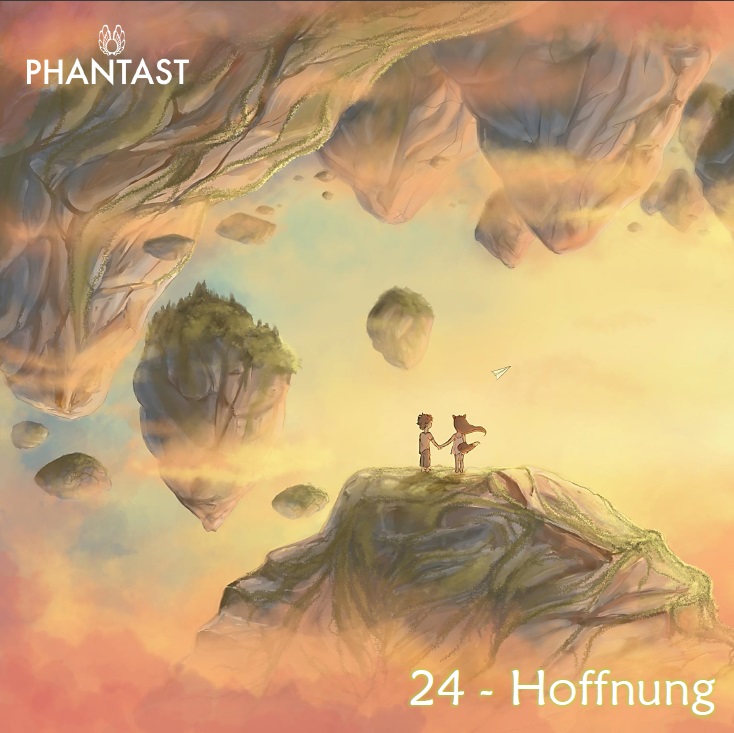