Literatopia: Hi Bob. To the broad public you are already known as the author of Forgotten Realms novels about Drizzt Do‘Urden. Could you nevertheless introduce yourself briefly? What else do you write?

R.A. Salvatore: I'm a father of three, grandfather of one and have been married for more than a quarter century.  Those are the most important things in my life.  I've been writing since 1981, professionally (being paid for it!) since 1987

I would agree that most people know me through that work, but my Forgotten Realms' novels make up only about half of what I've written.

My second "biggest" series is DemonWars.  The 11th novel, The Bear,  set in that world I created will be out in the US in August.  This is also my most ambitious work - a bit more adult-themed than the Drizzt books and replete with stories on a much bigger scale than my Realms' work.


I've also done a swashbuckling trilogy (Crimson Shadow), a more lighthearted look at fantasy (Spearwielder's Tale), two Star Wars novels (including the novelization of "Attack of the Clones"), and a trilogy following the first book I ever wrote, long before I got published, "The Chronicles of Ynis Aielle.  I've been a busy guy.

Literatopia: How did you pick up writing; was there a particular moment or incident that triggered it? R.A. Salvatore: I ran out of fantasy books to read.  Seriously.  There weren't that many back in 1978-1981 and I ran out.  So, bored with my job and wanting more.  I was working in a plastics' factory, doing a series of mindless tasks day in and day out.  So I decided to listen to my girlfriend, now my wife, and write my own novel, which became Echoes of the Fourth Magic, the first book in the "Chronicles of Ynis Aielle."


Literatopia: What was it like finding a suitable publishing house? Was it difficult for you to find the right publisher or were you able to find one easily?

R.A. Salvatore: It was horrible - it's always horrible.  I spent years tearing up rejection letters, which just made me more determined to prove them wrong.  I got a break in 1987, when I sent my manuscript to TSR.  They couldn't publish that book, but they were looking for someone to write the second novel in this new world, the Forgotten Realms, they were creating.  In short, I got lucky.  Had I sent in my manuscript three months earlier, it would have received a simple rejection letter.  Three months later and the first numbers were starting to flow in for the first Forgotten Realms novel, and they were great, and so many of TSR's tried and true authors decided to jump from Dragonlance to the Realms.  Simply put, if I hadn't landed that manuscript when I did, I probably would never have found a publisher, because honestly, I was near the end of the line with my writing at that point.

R.A. Salvatore: I can pretty much land a deal with anyone I choose at this point.  I'm staying with Wizards of the Coast for now, because I want to continue with my Drizzt books and want to see where the Realms go.  At this point, it's up to me how much or how little I write.

Literatopia: What do you think would it be like, if you were to write a book that was neither fantasy, nor science-fiction?

R.A. Salvatore: How do you know I haven't?  Seriously, I think it would be a blast, though I doubt I'd publish it under my name - I wouldn't want readers approaching it with pre-existing expectations.

Literatopia: What are you currently working on? Will it be fantasy, another journey into the world of Star Wars, or something completely different? Are you planning on writing any more novels on the Forgotten Realms?

R.A. Salvatore: I just started the Drizzt book for 2011. Off and running! And this one if the first of a new six-book deal.


Literatopia: “The Pirate King” is your most recently published piece in Germany, and “The Saga of the First King: The Dame” is soon to be released. Which is easier for you to write: Stories about Corona, a world that created yourself, or, stories on the Dark Elf Drizzt Do’Urden? Why do you think that is?

R.A. Salvatore: They're not so different, believe it or not.  I have more control over the big events in the Corona novels, but Wizards of the Coast pretty much leave me alone to do what I please in the Drizzt novels.  Each book is different, some harder than others, and certainly the first DemonWar novels were quite trying, as I created and explained this entire world and magic system in a huge story with dozens of intertwining character plots.


Literatopia: The magic system with the magical stones is rather unusual. How did you get the idea for it? Was there anything in particular that inspired you?

R.A. Salvatore: It's not a new idea, certainly.  In fact, in figuring out which stones/gems did what, I used reference books on the reputed magical property of various gems and minerals, and geology texts explaining the uses of various minerals.  There are "crystal" believers, right?  So I hardly think I reinvented the wheel with my magic system in DemonWars; I just codified it in a particular way. Literatopia: Will there be more books on Corona, or will that story be completed with “The Saga of the First King”?

R.A. Salvatore: Not at present, but I do expect a return.  DemonWars, Corona, is my Middle Earth, my Shannara, my Forgotten Realms.


Literatopia: Do you see a difference between role-playing books based on an already existing background and the ones where you have to invent the characters and world from scratch? How did you get into writing role-play novels in the first place?

R.A. Salvatore: I landed in at TSR, now Wizards, because they read my manuscript and offered me a contract (although, for a different novel I then had to write!).  Again, I don't think there is much of a difference between the types of books, except that in a shared world, the parameters are mostly in place, whereas in an original work, you have to create them.


Literatopia: What is the story behind the Forgotten Realms? Do you still regularly participate in role-play? \

R.A. Salvatore: Ed Greenwood began creating the Realms in the 1960's, when he was 8 years old.  I'm not kidding.  Later on, he took all that work and wrote a series of articles for Dragon Magazine.  When TSR was looking for a new and bigger world to go alongside Dragonlance and Greyhawk, they tapped Ed and the Realms were formally born.  And yes, I still play D&D, though not nearly as regularly as I used to.


Literatopia: Unquestionably, Drizzt Do’Urden is your most famous creation. Do you view him as a blessing or more as a curse?

R.A. Salvatore: He is both, of course, but I'd be a pretty sour guy if I didn't see him mostly as a blessing.  Drizzt built my career; because of Drizzt, i was able to work full-time as a writer and pay my family's bills and watch my kids grow up.  I'm not ungrateful to the rogue drow, believe me.  heck, my car's license plate is "DRKELF" - although people keep asking me, "Who's Dr. Kelf?" Literatopia: The analogies in “Luskan” and the current situation in Afghanistan are quite evident. In both cases, an unaccustomed governmental system is imposed upon the population. In “Luskan”, Deudermont fails, and in reality, the USA gets more and more tangled up in their stories and excuses. Was this analogy created unconsciously by coincidence or did you actually aim for it?

R.A. Salvatore: I'll let the reader decide how much Iraq and Afghanistan influenced my choices in The Pirate King.  I can only hint that I'm not cut off from the real world when I'm writing, and that I see the human experience in the form of sadly-predictable cycles.


Literatopia: At the moment, there are a lot of changes happening in Drizzt Do’Urden’s life. Will we come across Jarlaxle and/or Artemis Entreri again, in the tide of events? Is there a possibility that these two enemies will be fighting side by side?

R.A. Salvatore: If I told you, I'd have to ki...ask you real nicely not to tell anyone else.


Literatopia: When you were creating the Drow and their world, did you have liberty of choice or were you bound by restrictions set by Wizard of the Coast, the creators of Dungeons and Dragons?

R.A. Salvatore: I didn't "create" the drow - I just put them in the Realms and fleshed them out.  I had the old Gygax modules - "Descent to the Depths of the Earth," "Vault of the Drow," and "Queen of the Demonweb Pits," along with a one-page drow entry in the old "Fiend Folio" sourcebook, but that was it.  So when I started writing Homeland, I called TSR and asked them what more they could offer.  They had nothing and gave me carte blanche to flesh out the drow society in the Realms.  Truth be told, the most influential book in that process was Mario Puzo's The Godfather.


Literatopia: Would you describe the task of writing Drizzt Do’Urden’s essays in your books as rather easy?

R.A. Salvatore: Usually they're the easiest thing of all for me to write.  I just try to see the world through his eyes at whatever particular time in his life and let my heart pour out.  I don't agree with everything he says, but I know his heart as well as my own, so yes, it's pretty easy for me.


Literatopia: It is rumored that Wulfgar was meant to be the protagonist of your novels, before Drizzt Do’Urden overtook that role. Did you initially envision a different story line? How appealing would it be for you to restart or rewrite the whole story in a way that would put the barbarian Wulfgar as the center of attention? Similar to the Elseworlds-stories by Marvel and DC. What would change?

R.A. Salvatore: True enough!  Drizzt wasn't even in the sample chapter and original outline of The Crystal Shard (which was originally called The Tyrant of Icewind Dale).  i twas Wulfgar's book, or was supposed to be, until I injected this unusual sidekick character and started writing about him.  Then I simply knew that this was Drizzt's story.  As for the other part of the question, I don't like to go back and re-envision already told tales, but it might be fun in this instance! Literatopia: One of your distinguishing characteristics is the way in which you write fight scenes. Do you write from firsthand experiences or did you learn the particulars through observation and reading on fights?

R.A. Salvatore: I played hockey.  I was a boxer in high school and paid my way through college as a bouncer in the local night clubs.

Literatopia: A few years ago, you configured the story for “War of the Spiderqueen” but left it to young authors to be carried out. What were your criteria for making your choice? Are you satisfied with that series?


R.A. Salvatore: I helped configure the story, after Phil Athans convinced me to do it.  I'm quite satisfied with the way it came out, yes, but that is a testament to Phil's energy and stubbornness, honestly.

Literatopia: Since there is already a graphic novel version of the series on Drizzt Do’Urden, what else are we to expect? Will the fans’ much-anticipated film come to fruition?


R.A. Salvatore: Your guess is as good as mine.  I have no control over that, since Hasbro owns the Forgotten Realms. 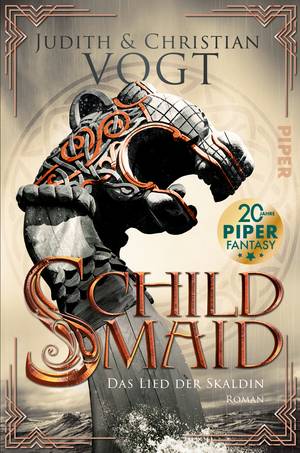 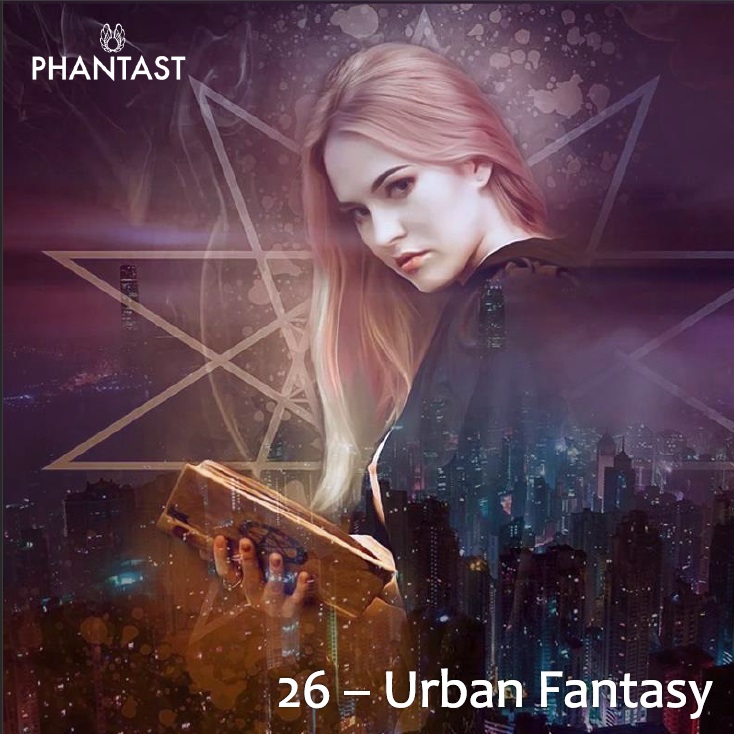